BUDBO: The Engine behind the Global Cannabis Blockchain 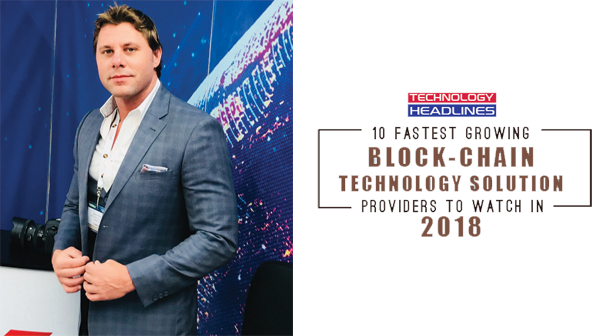 The State of Cannabis Industry

There has always been a scepticism regarding the full legalization of cannabis in the United States and throughout other parts of world. However, it has always been widely used with an estimated 183 million recreational and medical cannabis users in 2017. In the United States 30 States have medical cannabis laws in effect and 9 have full recreational use legalization, the remaining few states lagging behind and the propensity for an “underground cannabis market” is what makes cannabis commerce prone to a stringent monitoring by the federal, state, and other regulatory bodies. Medical cannabis is also under tight scrutiny to make sure that it comes through a legal source and is safe to use. Compliance and regulations requiring an immutable record of every transaction is becoming a necessary keystone for merchants and organisations involved in the distribution of cannabis.

In addition, most of the financial institutions are unwilling to take on the risk or regulatory burdens. This has forced much of the cannabis industry to be dealt in cash only transactions, which is ironic in today’s digital and internet driven economy. Also, the government at the federal level has not effectively caught up with state legislators for the effective tracking and trade of the fragmented ecosystem of the cannabis industry.

The increasing research and application of blockchain open up new possibilities for diverse industries and business operation including healthcare, supply chain and data management. The decentralized system—without third party arbitration—and the immutable ledgering system of every transaction provided by blockchain perfectly addresses the challenges faced by the cannabis industry. A first in the industry, Budbo is providing an integrated blockchain solution for a secure and transparent network of global cannabis industry commerce.

A Complete Chain of Custody for Cannabis industry

Headquartered in Austin, Texas, Budbo stands at the forefront in cannabis technology innovation that leverages blockchain technology for a complete chain of custody of cannabis products. It enables an unprecedented tracking of product, compliance to regulations, eliminates the costs of transactions, auditing and conundrums involved in dealing with the third parties. Luke Patterson, the President and Co-Founder, says, “The proprietary technology our developers have built over the past few months provides an open blockchain API for any and all ancillary services within the cannabis industry. We are now able to provide collectives, dispensaries, growers, and product manufacturers with privacy, security, and access to their lossless data which can, through the use of the Budbo Token, give complete oversight and transparency to any local, state, regulatory or reporting agencies.”

Budbo’s blockchain is also playing the game changing role in supply chain management by capturing the minute details of every transaction throughout the entire process. Each stage of cannabis sales contains a number of invaluable data sets that are crucial in quality assurance and maintenance of legal records. Cultivators, manufacturers, distributors and retailers are required to report the details of every transaction. To this point, Co-Founder and Chief Technology Officer Jacob Patterson adds, “By creating an immutable record within the cannabis chain of custody, the level of insight and analytical data we were then able to afford the cannabis industry is really quite remarkable and unprecedented.”

Budbo integrates the fractured cannabis ecosystem of retailers, researchers, manufacturers, cultivators, government agencies, and consumers into a decentralized, open and honest network, making the cannabis industry transparent and accountable on a global scale. Patterson explains, “At Budbo’s core, what we have created is a true industry backbone for Cannabis. One that was painstakingly built using cutting-edge blockchain and token technology for a first of its kind decentralized, and immutable ledger. A blockchain that is now open for use by all levels of ancillary services within our industry who wish to remain ahead of the curve and harness the power and security of blockchain technology.”

The token technology, Patterson referred to, is an API key, what the cryptocurrency community calls a utility token. The Budbo Token (BUBO) is currently listed on active trading markets like HitBTC, DAXDAX, and Cryptopia.

With the recent legalization of cannabis in Canada and increasing awareness of the health benefit of cannabis, the market of the industry is growing rapidly. The international market for cannabis is projected to hit $31.4 billion by 2021 according to Brightfield Group, a cannabis research firm. Countries such as U.S. and Canada have been a global leader in marijuana reform, and other countries in Europe, Latin America are also becoming more vocal on the legalization movement of cannabis. As the market continues to grow, distributors and other players in the industry can capitalize on the blockchain service of Budbo. Gary Heitz, Chief Operating Officer of Budbo says, “We seek to align the global cannabis network and its collaboration together by maintaining transparency and oversight within a global chain of custody and supply chain. Thus far we have conversations and forming partnerships with companies and agencies all over the world including Canada, Israel, Netherlands, Columbia, and Australia.”

The company’s blockchain solution provides the possibilities of cannabis distribution that is simple, autonomous, immutable and reliable. Budbo not only improves the supply chain but also propels the legalization movement of cannabis by integrating the fractured ecosystem of cannabis into an open, global-network system that enables immutable trade based on smart contract.

“Budbo stands at the forefront in cannabis technology innovation that leverages blockchain technology for a complete chain of custody of cannabis products”.

© 2020 THE TECHNOLOGY HEADLINES. ALL RIGHTS RESERVED.